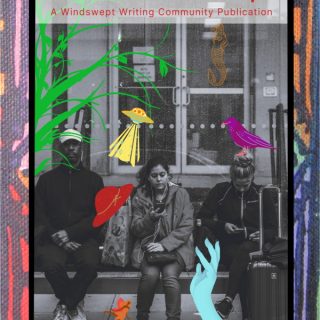 Windswept Writing Community meets monthly to share stories, solve writing conundrums and develop our craft. The group is open to anyone who shares our passion for storytelling and can spare a couple of hours on a Sunday afternoon to chat. 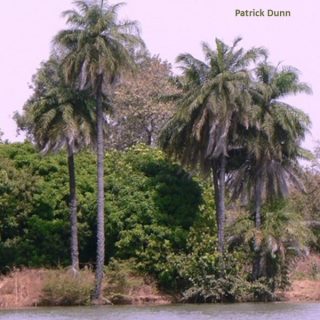 Prior to the time he spent in West Africa as an education management advisor Patrick had a long career in education in the UK – mainly in the Further Education sector – initially as a teacher/lecturer and subsequently as a senior manager. Since his retirement from education he has established himself as a dealer in rare books. He was born in South Yorkshire but grew up in Norfolk and has also lived in Canada. He graduated in Philosophy, has three daughters and lived in London. Patrick sadly died on 15 November 2021, having approved the published version the Friday before. 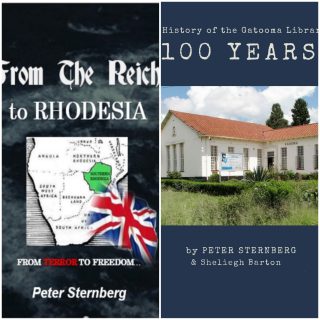 Peter Sternberg was born in Germany during the time of Hitler, however, the family was lucky enough to emigrate to Zimbabwe when Peter was four. He lived most of his life in Gatooma (Kadoma) before moving with his wife to Harare and then Cape Town, South Africa. Peter died in London in January 2017 before his books were published. He was an active member of Jewish communities as recorded by the South African Jewish Report. 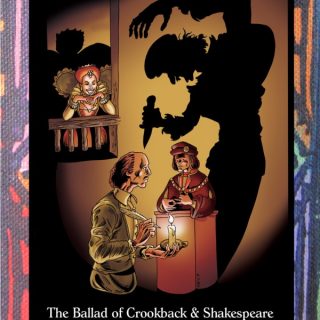 About Clive Greenwood and Jason Wing

Clive Greenwood began as a actor at the age of 14. He started writing comedy sketches with “Newsrevue” then with his own sketch show “Out of Order” which transferred to radio and led to him writing for children’s TV show “Wysiwyg”. His first stage play “Goodbye; the (after)life of Cook & Moore” enjoyed sell out runs in Edinburgh and London, and he has just completed “Laurel & Hancock” for production in 2022. He has written scripts for many historic sites, including Greenwich Painted Hall, Kenilworth Castle, The National Archives, Hampton Court, and the V&A, and has just joined the writing team for Rory Bremner’s new show, and written a new radio pilot “Trapped on the telly”.

Jason Wing is an actor and writer from West London. He joined the Glynn Knowles Drama Group at a young age and was encouraged to write Plays for the Group to perform. His first play “The Christmas Mystery” was performed by the Group at the Battersea Arts Festival and he won an award from the Mayor of Streatham. Jason went on to study at the Drama Centre via a Sir Anthony Hopkins scholarship and has been working in theatre, television and film as both an actor and writer since he graduated. His career was launched by the director Jonathan Miller in a production of “The Beggar’s Opera” at Wiltons Music Hall.

Books by Clive and Jason 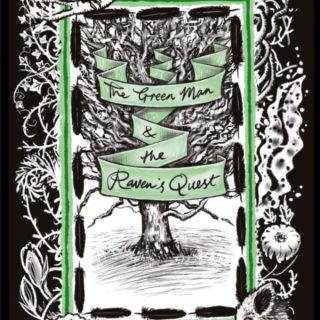 Writer, Sarah Bell and illustrator, Nicola Sutherland are the creative duo behind Sutherland Bell. Friends for many years, it seemed natural to create The Green Man & the Raven’s Quest together, taking inspiration from nature and their love of folklore, myths and legends. With global warming, polluted seas and tides of trash increasing, both felt the need to weave a stark ecological warning into the fable.

The Green Man & the Raven’s Quest began when Sarah collaborated on a script for Acorn Music Theatre Company’s production of The Green Man & Other Fables. Encouraged by Gail Rosier, Acorn’s creative director, and the success of the productions at White Pond Farm and Blenheim Palace, Sarah set about turning her poems into a more adult fable. With the recent loss of her father, the theme of attempting to hold back death seemed a natural one. Realising that a fable without illustrations would be like a Siren without a song, Sarah asked Nicola to illustrate a couple of poems and the Raven’s Quest took flight.

Find out more about Sutherland Bell at www.sutherlandbell.co.uk 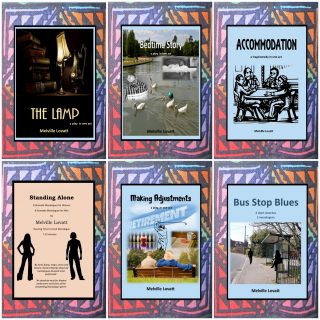 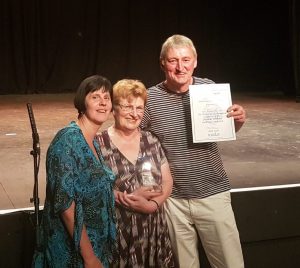 ‘Going Out In Style’ in Bus Stop Blues was joint runner-up in The Player / Playwrights Short Play Competition 2022.

‘The Wall’ and ‘The Teddy Bear’ from his collection Standing Alone are on YouTube by East Lane Theatre Company, as is the monologue he directed, ‘Waiting For Jesus.’ 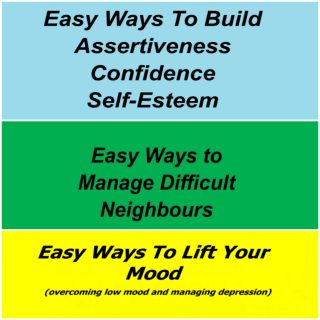 Jennie Willett
Jennie is a free-lance lecturer, trainer, therapist and writer. As a lecturer in adult teacher education, specialising in the way people learn Jenny facilitated courses at a London college on personal development. Many of her students suffered from low mood, anxiety and depression prompting her to devise tasks to lift their mood. These tasks have been included in this book. Her private practice covers personal development, stress management and cognitive behaviour therapy. She can be contacted through TSL.
Follow Jennie’s blog offering regular hints and reminders on building confidence and well-being.

Jennie has a series of titles planned for Easy Ways including dealing with managing stress and meetings.
As part of her work to help reduce stress and improve mental health, Jennie runs an art group, Art4All, in Northwood. During 2020 they could not have a physical exhibition so did one online. Jennie believes there’s an artist in everyone.

Dr Peter Connell
As a General Practitioner for forty years Peter was to dealing on a daily basis with patients suffering from depression, anxiety and a range of similar illnesses whether expressed or hidden. He found talking therapies often worked better than medication. This book incorporates many of those successful methods that eliminated the need for medication. 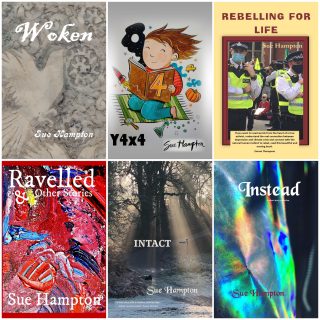 Sue, author of over 30 titles describes herself best.

I am Me was written by Sue Hampton and illustrated by Paula Watkins to help fundraise for People Not Borders, a charity supporting refugees. All profits will be used to fund the work of Herts for Refugees, the charity with which People not Borders has now joined.
I am Me was a finalist in the 2018 People’s Book Prize
Review of Instead

Listen to Sue talk about Ravelled and other Stories.
Sue reads from Ravelled.

Sue talks about Intact. Intact was awarded the Red Ribbon in The Wishing Shelf Book Awards 2021. 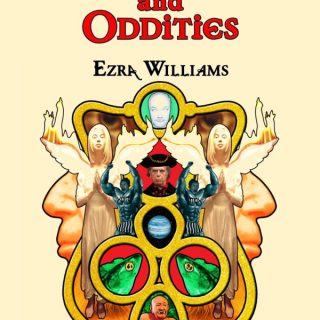 Ezra Williams was born in Alaska during a particularly harsh storm in 1978. Fairytales and Oddities is his second collection of short stories, following 2007’s Losing Henry, and he is currently working on a novel, Weltschmerz Inc, a ghost story. His writing has appeared in numerous anthologies, periodicals, and on the stage. He is an award-winning musician, a sometime comedian and enthusiastic filmmaker, and lives in London with his partner and three tortoises.

Two links to the radio show where Ezra discusses Fairytales and Oddities: Part 1 Part 2 He was interviewed by Andy Bungay on Riverside Radio DAB on 17 July 2021.