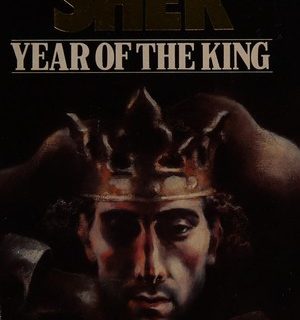 I first came upon Antony Sher when he was performing Titus Andronicus in South Africa. His frustration at South Africa’s attitude to Shakespeare I took to be a rant especially as we’d been to see the performance which didn’t quite grab me on the night. However, it has remained with me no doubt due to his attempt to place the story in a recognisable context: camouflage jeeps overflowing with people filling the small stage area at the Johannesburg Market Theatre are my recollections of this performance. South Africa has an interesting relationship with Shakespeare as I recently discovered (also links to Sher and Titus Andronicus etc).

Later we saw him in ID in London and it was here he really impressed – a one man show telling the story of the assassination of Dr Verwoerd, the then South African Prime Minister with the result that I purchased some of his books, one being Year of the King. This has been a fascinating read as Sher takes the reader through a season or two with the Royal Shakespeare Company providing insight into how the season’s performances are selected through to actor selection, rehearsals etc.

What I found particularly striking was the effort Antony went to in preparing for his role and how easy it was to injure oneself on stage. The research undertaken regarding the character and, how it had been performed before and so forth. Learning lines, remembering what had been changed at the last minute and how the performance is impacted by one’s feeling of ease with the lines was another revelation. And yet, despite all this pre-planning and preparation, there is still a last minute mad rush with things still being finalised on critic pre-view/final dress rehearsal night. Significantly, I also now know why it takes longer to read a Shakespeare play than it does to perform it. I’ll leave you to read the book and find out for yourself.

Interspersed throughout the book are illustrations by Antony himself, characters inspired by where he had been, what he had seen or experienced. A visual representation of what he was writing. TSL’s Philip Philmar is another actor/illustrator I know of and presumably there are many others: creativity can’t be button-holed.

This was an enjoyable, easy and insightful read into the year of an actor. Anyone contemplating setting out to be an actor might find this a useful read.