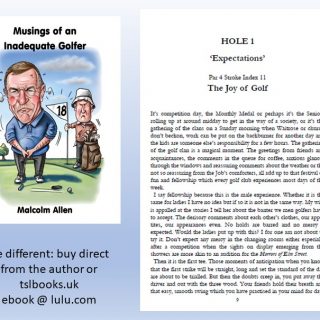 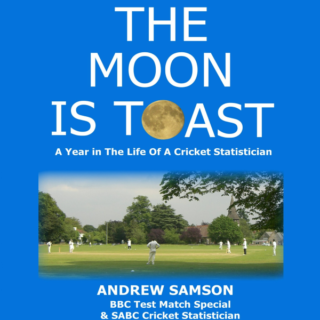 Andrew Samson
Andrew is a cricket statistician of note. Since 2009 he has worked for BBC Test Match Special.

In 1994 he was appointed statistician for Cricket South Africa having worked for various radio stations providing cricket statistics since 1988. He contributes to Wisden Cricketers’ Almanack, South African Cricket Annual and various cricketers’ biographies.

He is co-author of:
* “1107 All Out – The Cricketer’s Quiz Book” with Peter Fridjhon.
* “The Blue Book” with Andre Odendaal and Krish Reddy.
* “South African and International Sports Fact Finder” and SuperSport Fact Finder produced annually between 1992 and 1997 with Anton Berkovitz.

Between 2009 and 2011, he presented Go Figure on Radio 702 in South Africa. You can follow Andrew on Twitter @AWSStats.

‘Top Cricket Scorer’ Andrew was interviewed in July 2018 by The Cricket Magazine.

Book index is below

What people are saying about The Moon is Toast

Dee is chuckling away over our studio copy of Moon, she loves Andrew’s sense of humour – Deevine Design, South Africa

The Moon is Toast – Index

I don’t know about you, but I’m not quite the sporty one – that is unless you regard speed-reading as a sport… The selection of books below although covering sport, deal with much more – perfect for the armchair sports-person and speed-reader.