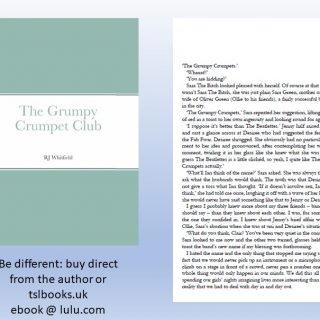 
Click on book image to purchase your paper or ebook copy.

Having had friends and others comment favourably on his writing but not being able to find an agent, John looked to self-publish. Cold Fiction was the outcome. Having discovered TSL Pub, he is in the process of moving his self-published novels to us. Shaka are Dead was his first novel published by TSL. Powerless was his first written novel and is the second to be published. Reading Lady Chatterley in Africa is John’s third novel, was followed by A Donkey Called Oddsock and now The Fall of the Romance Empire.
John also writes under the name RJ Whitfield.

John’s writing draws on his South African upbringing, exploring themes around reconciliation between different groups of people and circumstances. He enjoys travelling to unusual destinations.
He has been writing since about 2005 and has been an active member of the Harrow Writers’ Circle since 2006.
Apart from writing, his other main love is music charts. 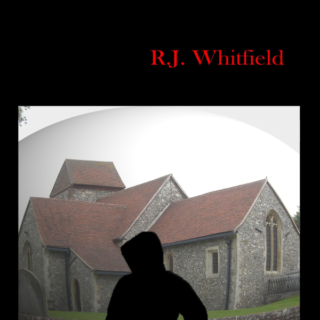 The Good Vicar by RJ Whitfield is a book which has grown on me. I may have mentioned elsewhere that this is not a book I would have read by choice because it has an element of the super-natural which I tend to avoid. However, as proofreader, editor and then publisher I ended up reading the book more than once – I think about five times. This might suggest a bias, which I don’t deny, but given my tendency to avoid this type of story, the bias is reduced.

The book tells of a vicar, Andrew also known as The Good Vicar, having a vision to visit a paedophile in prison. The paedophile, Paul McCready, has had a Saul of Damascus moment. (For those not offay with Saul’s story, he was blinded by a light on his way to Damascus. This blinding experience convinced him that he needed to stop persecuting the Christians.) McCready wants the vicar to vouch for his change of heart and organise for him to attend the funeral of one of the vicar’s parishners. The vicar’s attempts to reconcile his vision with the reality of his position affects his home life as well as that of others. His faith and values are challenged along the way. The question is, how does he deal with McCready’s wish?

Each reading of The Good Vicar has yielded new insights into the story and it’s for this reason that I recommend the book. At its most basic, it’s a mild thriller. At other levels it touches on Christian religous topics and the super-natural in the form of The Rat, a figure which appears human but which has other powers. Attitudes towards those who are different, issues of fidelity and nature versus nurture are topics or themes which feature, challenging the assumptions society tends to hold.

See also:
There’s a rat in the kitchen
Books which stay with you
A good ol’ cuppa tea
Two versions of the same event