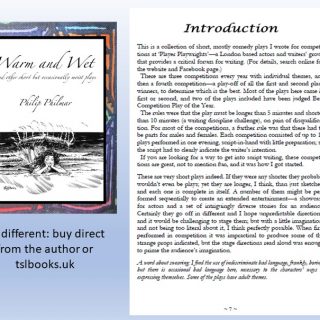 Philip Philmar is an actor, writer, performance poet, and also (as Phil Davis) an artist. He has appeared in several films by Tim Burton: Slugworth in Charlie and the Chocolate Factory, Mr Fogg in Sweeney Todd, and Mr Archer in Miss Peregrine’s Home for Peculiar Children. Also, the disgusting Cook Giant in Jack the Giant Slayer; as a shape-changing alien in Disney’s John Carter; and numerous other delightfully odd and disparate roles.

Philip performs a monologue by Francis Beckett on Youtube, hosted by PlayerPlaywrights