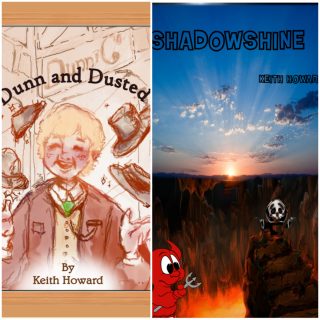 Keith Howard was a member of a small writers’ group in West London, before which he was a member of Harrow Writers’ Circle. He has been published in Past and Present amongst other publications. A number of his short stories (we wait in anticipation for these) have been highly recommended and won prizes.

It was following a radio short story competition in 1981 that Keith began to write seriously. He won 2nd prize for The Eminent Spooksman broadcast on London Radio (1981) and two 1st prizes for Harrow Writers’ Circle competitions as well as 1st prize for a competition organised by Greenhill college. The topics of the winning pieces covered gardens, the sinking of the Titanic and travel. Keth has also won a competition for two cartoons on knitting! 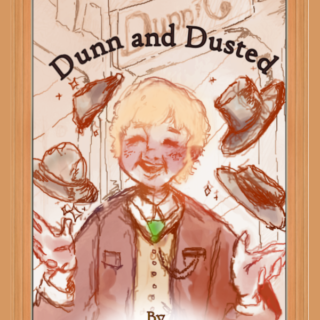 Dunn and Dusted by Keith Howard is a wonderful step back in time to the era of the gentlemen’s outfitters written by a gentleman who worked for Dunn and Company for its last fifty years.

Written with a subtle humour, Keith tells of his challenge of finding a job after school, being employed by Dunn and Company, his experiences of different branches in mainly West London and the demise of the company. The names of colleagues have been changed to protect their identity, but the rest is life as Keith saw it.

I was absolutely fascinated with the travel routes Keith details from Harrow to Ealing Broadway, Luton and various locations in London. The patience one had to have and knowledge of bus routes before the days of maps at every bus stop and ticker boards telling you when the next bus is due; a time before Transport for London (TFL) had an app to tell you the best route to follow to your destination. Other aspects of fascination were the different clients the various shops attracted and the subsequent relationships formed, or not, with customers. For the social historian, this is a rich treasure trove of young lads coming of age and getting their first suit, the influence of fathers on sons and the position of women. The introduction of computers for stocktaking and the challenges they presented, how shop fronts changed and the attitude towards customer service.

On the more negative side, the demise of Dunn seemed to have been triggered by a leader who had an ethos different to that of the original Quaker family. As changes happened the influence of individuals at various stages could be identified, all reflective of the social values which were undergoing modification too.

Dunn and Dusted is perfect for a nostalgic look back in time or as a resource for a range of historical and social science disciplines. One of my top reads.

The following authors live on through their writing.