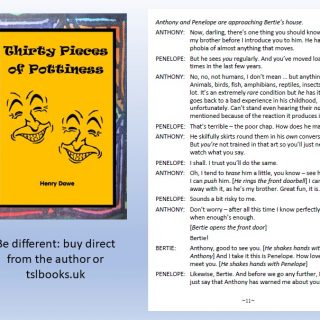 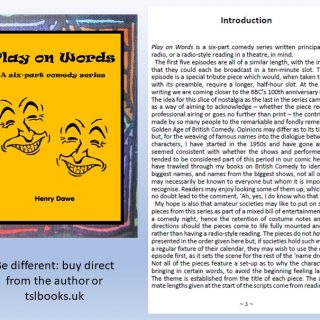 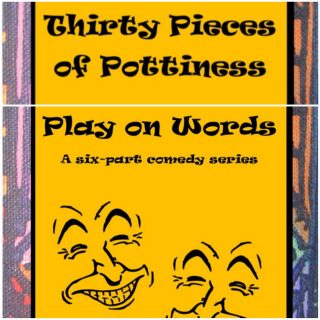 Henry Dawe is an actor and writer whose work has been performed in London (The Canal Café Theatre, The Club for Acts and Actors, The Cockpit Theatre, The Museum of Comedy), at the Leicester Comedy Festival and on national and regional radio. He has taken parts in most of those productions.
While Play on Words draws inspiration from his love for wordplay and for the Golden Age of British Comedy, Thirty Pieces of Pottiness is a collection of sketches, shorts and monologues for professional or amateur use designed to tickle your funny bone.

See more about Henry here – also has a link to his fundraising project.