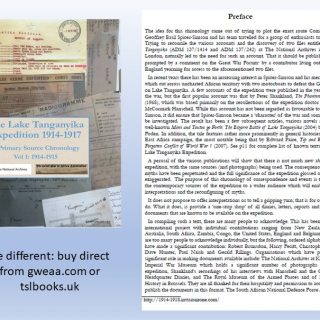 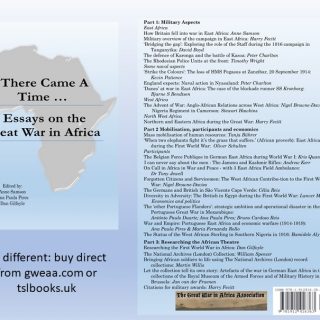 Preview There Came a Time
AI GWAA - There came a Time 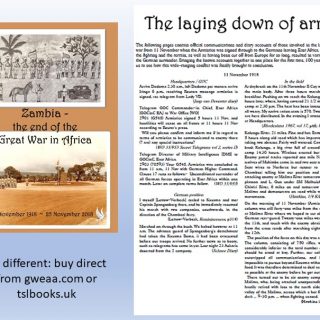 Zambia: the end of the war in Africa – GWAA #History #Preview #book

Preview Zambia
AI GWAA - Zambia the end of the war


Click on the book below to purchase your paper copy. 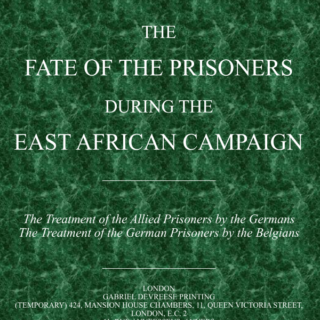 In undertaking the translation, the format of the text has been maintained as far as possible as it was in the original to allow researchers a ‘feel’ for the document.

As with all documents of this nature, there is an element of propaganda involved – Belgium was needing to make a point at the end of the First World War. It’s being had been violated when Germany invaded in 1914 and although Belgium took the military initiative in Africa without officially declaring war on Germany, there was a need and desire to prove Belgium held the moral upper hand. Taking this into account, the reports provide a very useful insight into the experiences of prisoners (both civilian and military) in Africa. There are a few memoirs by British doctors and others who were captured during the campaign but little from the Belgian side.

The camp at Tabora provides an additional flavour to life during the war as it had initially been the local German headquarters until captured by the Belgians in September 1916. The German women resident in the town, including the Governor’s wife – Ada Schnee, New Zealand born – purposefully allowed themselves to be taken prisoner to drain Belgian/Allied resources. The capture of Tabora therefore sees the liberation of prisoners from German control and the incarceration of those who had been involved in holding the prisoners as prisoners themselves. The reports contain mention of this with potential revenge and retaliation being dealt with.

How prisoners were dealt with at the end of the war is further covered in the Fate of the Prisoners, the most insightful account being that of Ada Schnee. Despite being English, Ada wrote her memoirs of the war in German, and although her memoir was later translated as Bibi Mkubwa, copies are incredibly scarce. So, the account in Fate of the Prisoners is the most accessible English version of her experiences (at least for the present).

Fate of the Prisoners will be of interest to those who are interested in subsidiary aspects of the Great War both in Africa and Europe. It contains a wealth of information disproportionate to a publication of its size. 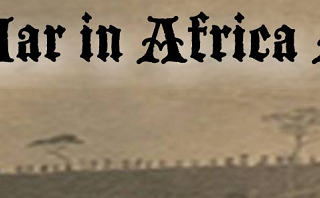 The Great War in Africa Association is an online community of people interested in aspects of the First World War in Africa.

GWAA is an imprint of TSL.

in association with GWAA.
The British South African Police (BSAP) Association UK branch has contracted with GWAA to release their catalogue in print and ebook. The books available through TSL are shown below. For the complete collection, visit GWAA – books to purchase and scroll down.