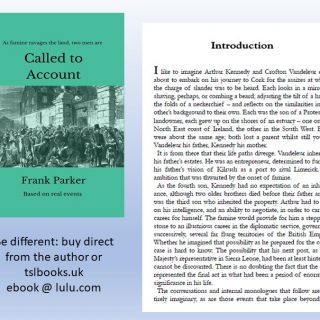 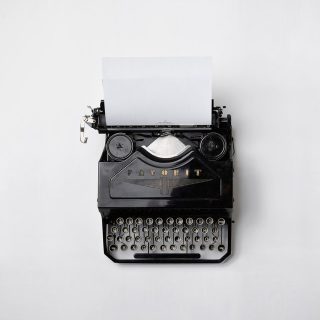 Frank Parker is a TSL author supporting TSL authors. He reviews and interviews authors whose books he takes a fancy to. 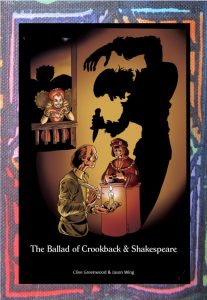 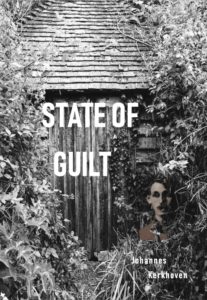 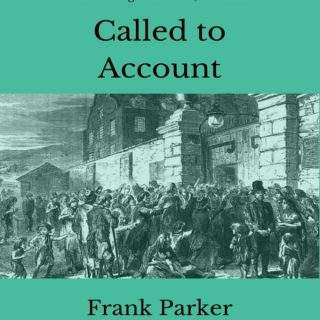 You might wonder why an English man writes about Irish history. It’s a question I’ve often asked myself.

It’s more than 60 years since I left school so I can’t vouch for the present day history curriculum in English schools. Back in the mid-fifties, in a small grammar school, there was only a limited number of subjects available to take at ‘O’ level. One of the choices I and my cohort were offered was between history and art. Much as I enjoyed history, especially writing essays based on what I discovered from reading the approved text books, I went for the easy option.

Art would not require me to spend hours studying, learning dates and the names of kings and politicians, leaving more time to concentrate on the science I thought would be essential for a career. It was not until I reached my fifties that I began to take an interest in British history, inspired by Simon Sharma’s television series and three volume book, as well as Peter Snow’s documentaries about various battles.Soon after I came to Ireland I visited a castle ruin not far from where I live. An information board at the entrance mentioned that the building had once belonged to Roger Mortimer. Having grown up in the Welsh border I had heard of the Mortimers, and the centuries’ long dispute between them and the Welsh princes. I had learned enough history in school, before I gave up the subject, to know that one of them had, for a brief period, held the Crown as regent. I had no idea how they became involved in Irish history.

Once my interest was thus piqued I began reading about the Norman influence in Ireland and came across several other names with connections to the Welsh borders that also appeared as leading players in Irish history. De Lacy, De Braose and De Clare. The more I read, the more I became fascinated by the events of the second half of the twelfth century; of how a minor Irish noble, having been defeated by rivals, sought help from the king of England in an attempt to regain his position of power; of how he offered the hand of his daughter in marriage to the man who would lead such an expedition. What was it like to be that girl, traipsing with her parents and a small entourage, across England and Normandy in order to track down the king, only to be dismissed with a vague promise that, if he found someone willing to take on the task, the king would not object? Back in England the search for such a man ended at the door of Richard De Clare, nicknamed ‘Strongbow’, a man who had also lost a lot of power, influence and land through having been on the wrong side during the reign of Henry’s predecessor, King Stephen. Perhaps here was an opportunity to curry favour with Henry, at the same time gaining power and influence elsewhere. Not long after this, another event that every school child learns about would also come into play. Someone misinterpreted a remark made by the king and decided that getting rid of the Arch Bishop of Canterbury would please him. Henry’s need to atone for the death of his Arch Bishop would lead him to attempt to bring dissenting Irish bishops to heel. So was born the idea that became ‘Strongbow’s Wife’.

Not long after it was published a friend asked me to help with his researches into the famine that brought devastation to the island between 1845 and 1852. Once again I encountered an aspect of British and Irish history of which I was previously only vaguely aware. ‘A Purgatory of Misery’ takes its title from the words of the chancellor of the exchequer in Lord John Russell’s government in a speech about conditions in Ireland. It is a brief survey of the history, geography, religion and other influences that created the conditions in which the impact of potato blight upon the Irish was infinitely worse than in any of the many other parts of Europe and North America subjected to the same fungal disease. It was whilst carrying out this research that I came across the story of Captain Arthur Kennedy who left the army to join the Poor Law Commission as an Inspector. His role, to ensure that the Poor Law was properly administered, including the management of the workhouse, as well as the distribution of relief, would inevitably bring him into conflict with the land owners in the district to which he had been assigned. Funding for relief, and the upkeep of the workhouse, was by means of taxes imposed upon them and to which they had a natural aversion. But it was the brutal eviction of tenants that most angered Kennedy, and he set about exposing the practice at the highest level of government. Here was a story I felt needed to be told. To me it epitomises the everlasting conflict between rich and poor, between those who regard themselves as superior and those they see as lesser beings. More than that, it exemplifies the debate that still rages about the best way to lift people out of poverty. Which, of hand-outs, jobs and education, is most effective? Which combination of two or more of them? There are echoes, too, in the way in which people of colour are regarded in the USA, the ‘Black Lives Matter’ movement there and in the UK. The question of population and the distribution of food and of the means of producing it are also central to the story. It remains important in the twenty first century with famines occurring somewhere in the world year after year, often exacerbated by wars and, now, by climate change.
In my version of Arthur’s story, he muses that there is ample land to be claimed in the colonies, including what were by then former colonies, in North America. Encouraging people to seek new and potentially prosperous lives in those territories seems, to him, to offer an easy solution. A solution that is no longer available as the world’s population approaches 8 billion.

Why Irish history, then? First and foremost because, as I discovered, it is an integral part of British history. But, thanks to the success of the empire builders, so is the history of most of the world. Within my lifetime we have seen how the descendants of former slaves came willingly to Britain, first to take part in, and then to rebuild after, the second world war. Irish came too. Neither were accorded a warm welcome by all of the nation’s citizens. Many are still regarded with distrust by some English people, including some who are charged with administering the latest manifestations of ‘poor law’, the welfare system. Every time I hear someone complaining about immigrants, or see the arrogant behaviour of some young English men and women in foreign parts, I cringe. Britons have achieved much, and it is only right that those achievements be applauded. But so have others from all corners of the world, including Ireland. But along the way some Britons did terrible things to those they regarded as foreigners.
In my first few years in Ireland I tended to respond to criticism of the British in Ireland by pointing out that the people responsible were not ordinary Britons. They were the aristocracy; the same people who mistreated their own citizens, with women and children working long hours for little reward in the mills and mines. Modern history teaches that such things were wrong and lauds the men and women of the labour movement who fought for change. Those who carried on the same fight in the colonies are viewed as enemies, as terrorists. That needs to change. Children need to learn that injustice frequently extended beyond Britain’s shores.

I see irony in the way that both Britain and Ireland use a distorted picture of the past to lure tourists. The heritage industry, though temporarily suspended thanks to the pandemic, is an important contributor to national income in both nations. Both peoples, British and Irish, are proud of the great houses and country estates, showing them off to all comers, including the descendants of those who suffered at the hands of the families who created them. Much historical fiction romanticises the lives of the servants who worked ‘below stairs’ and in the gardens and on the estates, ignoring the long hours, the back-breaking labour and the inadequate rewards their ancestors endured. Those fictions – and they are fictions – now take pride of place on our television screens and in our cinemas.

I hope that what I have written goes some way towards restoring the balance.

Frank Parker’s writing has been likened to that of Laurie Lee, Ian McEwan and Charles Dickens. Not bad for a septuagenarian who came to writing late in life.
His most recent work, due to be published in Summer 2020, is a historical novel based on a real life, that of Arthur Kennedy. Appointed Poor Law Inspector in Kilrush, County Clare, towards the end of 1847, Kennedy exposed the practice of mass evictions carried out by wealthy landlords.
Frank is a retired Engineer. He spent most of his working life in England where he was employed by UK based multi-national companies. He always wanted to write but has only found the freedom to do so since retiring to Ireland in October 2006. He lives with Freda, his wife since 1963, in Co. Laois, Ireland.
His first novel, Honest Hearts, was written after reading about a Laois born man who became a gold miner in the Klondike and Alaska. Frank researched various aspects of life in North America at the turn of the nineteenth and twentieth centuries in order to provide authentic settings and experiences for his principal characters.
His second novel, Summer Day, is set in 1947 in a small rural community, similar to that in which he grew up. It follows a small boy and his dog as they try to evade family members and others seeking him following a tragic accident.
Strongbow’s Wife follows the events of the Norman occupation of Ireland in the latter part of the 12th century as seen through the eyes of the young woman given in marriage in return for Strongbow’s leadership of the invasion.
Transgression deals with the changes in attitudes to sex and sexuality in Great Britain over the past 70 years and features a member of the British Parliament terrified his secret liaison with a young woman 40 years ago will be revealed.
In non-fiction, A Purgatory of Misery is an attempt to explain the historical, cultural and social context for the Irish famine of the mid-nineteenth century.
You can read more about Frank here
and why he writes on Irish history.