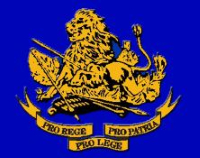 ‘Books of the British South Africa Police’ is a series designed with the object of recording previously unpublished stories by members of the BSAP, written many years ago, before they are lost for ever, and republishing stories and memoirs which appeared in old magazines, which are now not readily accessible to the ordinary reader.

Books by the BSAP