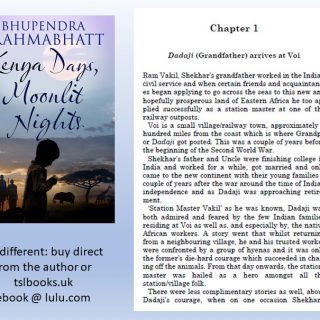 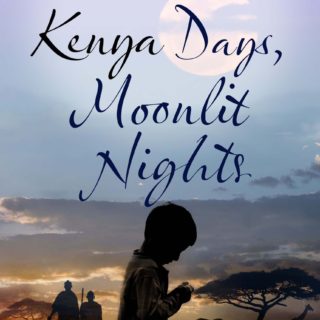 Bhupendra (1952-2019) grew up in Kenya, East Africa, moving to the United Kingdom during the 1970s. He lived in Pinner, Middlesex and was a member of Harrow Writers’ Circle until it closedin 2019.

Bhupendra wrote for pleasure and pastime, sense of achievement, noting that doing something creative such as writing fiction takes one to another world which can be quite enjoyable.
His advice to aspiring authors is to maybe start with a short story – it can be difficult – but one could refer to personal experiences. Books are important for researching non-fiction and an inspiration for fiction.

Favourite authors include: PG Wodehouse for the humour, AJ Cronin for the poignant storytelling (though often tragic endings), Indian author RK NARAYAN who wrote one of his favourites made into a successful Indian film The Guide, Joseph Conrad’s Lord Jim.
His best other reads are Uncle Dynamite by PG Wodehouse, Crusaders Tomb and the Citadel by Cronin.

Of Kenya Days, Moonlit Nights Bhupendra says his favourite bits include the jungle safari chapter, the real Africa, and some of the poetry and song which hopefully will be appreciated by readers.

The following authors live on through their writing.