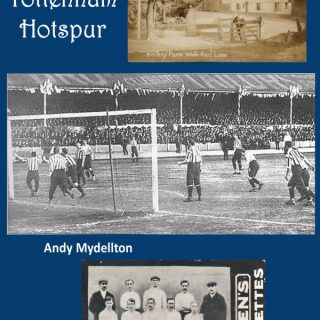 ANDY MYDELLTON runs the Southland’s Poetry Group and Quills Writers Group: he was shortlisted for the Hillingdon Literary Festival in 2016 and won a micropoetry poetry competition in 2018. He is a freelance journalist writing on behalf of his charity, the Foundation for Endangered Species, with many articles about wildlife in danger.
He has always been a Tottenham supporter and was delighted when his own family became close friends with the Hentall family neighbouring them in the 1960s. With their love of Tottenham Hotspur, it was no surprise that he talked with Ron Hentall who played for the club and had met some of these Victorian characters.
Years later, Andy studied local history at Pembroke College Cambridge University, which allowed him the idea of using his skills to write this new perspective about his favourite football team. He is combining his experiences, academic skills, love of Tottenham to voluntarily write this book as a fundraising exercise for the Foundation for Endangered Species where all profits raised are given to them.