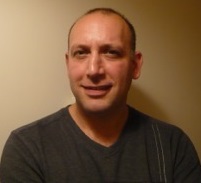 His play, Dementia’s Journey, won the 2015 University of Stirling International Dementia Award in the category, Dementia & the Arts. He has recently been awarded Main Programme Funding from The Royal Docks Trust to write a play about Keir Hardie, founder of the Labour Party, the first Socialist MP in Parliament and Labour MP for West Ham South. You can watch the play here.

He has extensive experience of planning, preparing and teaching playwriting and creative writing programmes/workshops for a wide variety of age groups and learners including children, young people, students and adult learners. He has worked on a regular basis on the delivery of these creative writing programmes with leading organisations such as Spread The Word, Cardboard Citizens, Workers Educational Association, Newham Adult Learning Service, Newham Libraries, Soho Theatre, and University of East London.

Prodeepta Das designed the cover/poster for When Chaplin met Gandhi